The Mozilla Philippines Dev Team conducted a Firefox OS Workshop at UE Manila last Friday, September 27 2013. It was attended by Computer Engineering students and most of them are members of Society of Computer Engineering Students (SCpeS) an official student organisation at the University of the East – College of Engineering. 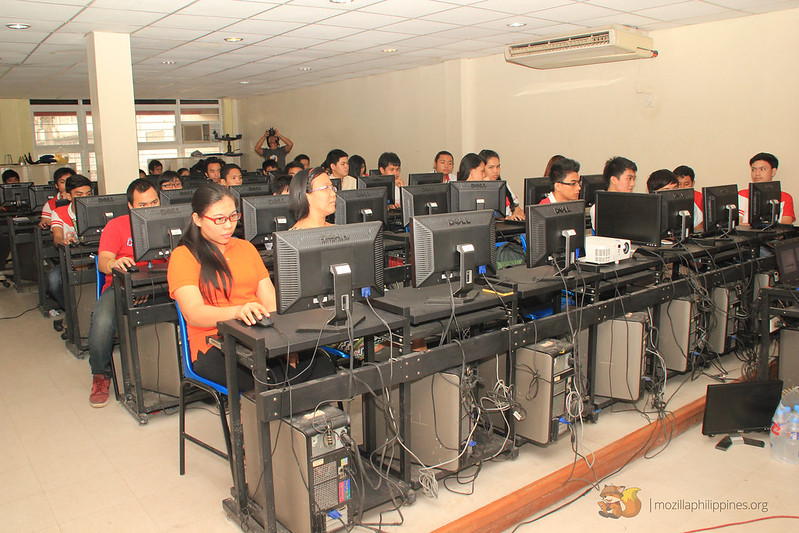 This event is somewhat unique to the team because this time we are teaching Firefox OS development to non-Information Technology and Computer Science students. The event was smooth because majority of the students knows how to make a web app using Web Technologies, so kristian lugtu, my co-speaker focused on making these web apps responsive and be adaptive to Firefox OS. 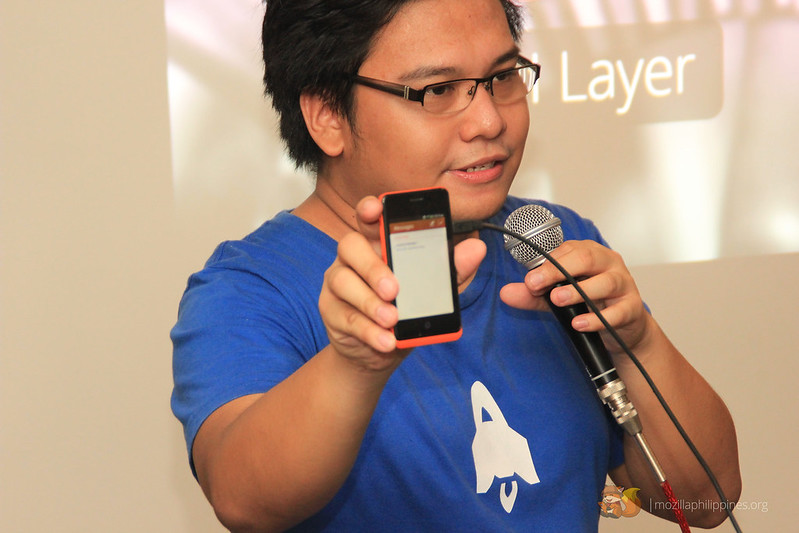 The event started at 10am as i was the first to discuss about the Mozilla Philippines Community and to be followed by Firefox OS Overview which discusses about the philosophy of Firefox OS and why it’s the start of the Open Web revolution on mobile.

Followed by Kemuel Joseph Domanog where he discussed about the Firefox Students Ambassadors program in the Philippines. 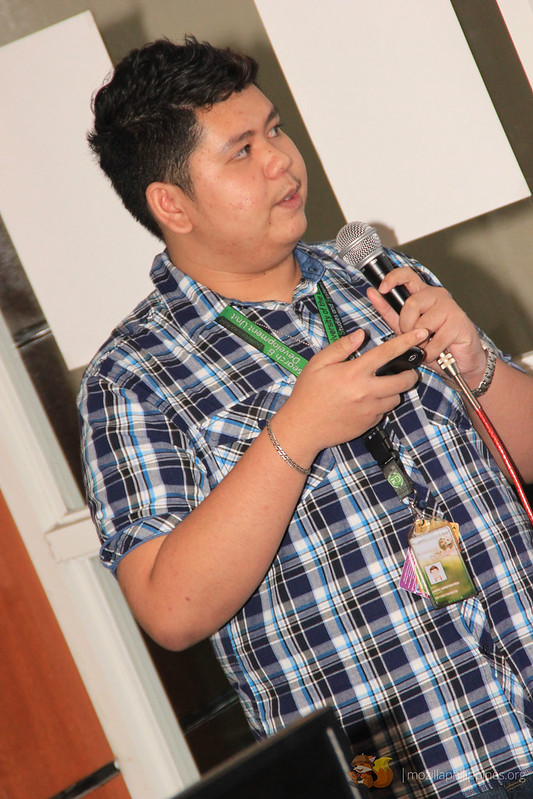 Then Kristian Lugtu discusses about making your first Web App with Mobile First in mind. He also made a template for students to follow and hack on while he demonstrates how to make a simple web app responsive. 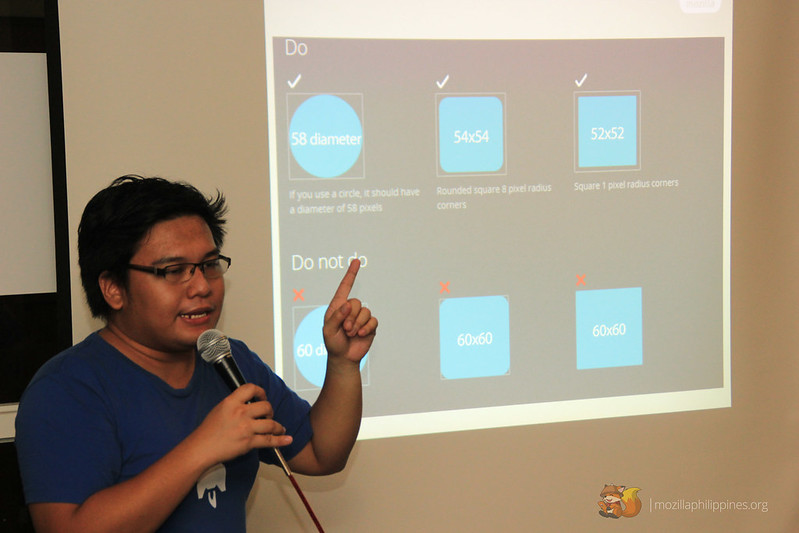 After an hour of hacking, i came back to talk about using that web app and optimise it to Firefox OS. This time before i showed them how to write a manifest file and using that to test their apps on the Firefox OS Simulator, it was my first time to let my audience install the simulator. I did that because we were at the university’s computer lab and they have to experience how easy it is to install the simulator, so when they reach home after the workshop, i am confident enough that they know how to replicate it again on their own machines. Lastly, i also discussed about the benefits of Firefox Marketplace. 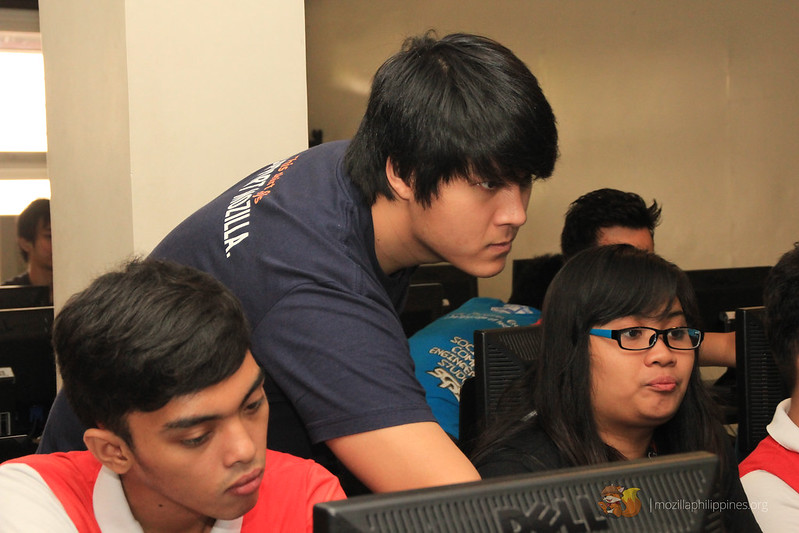 After the talks, we have a 2 hour app hacking session where they will have to use that template and make a new app out of it. It’s nice to have Ryan Ermita and Marcus Ang present at this workshop as they are both dedicated Mozilla Volunteers and act as Firefox OS mentors to help students with their first open web app. It was truly an interactive workshop! At the end of apps hacking session, there were 6 apps demoed in front of the audience.

And those who have presented received a Firefox string bag and Firefox phone case. Not only that but we also gave Firefox and Mozilla stickers to all attendees!

Over 40 student attendees. Truly it was an awesome experience for everyone! I can’t wait for the next Firefox OS events and open apps coming from my own alma matter! 🙂

I would like to thank Prof. Errol Antonio and Prof. Mary Ann L. Limkian for making this event possible! Kudos to everyone!

Check out our Flickr set for this event here.