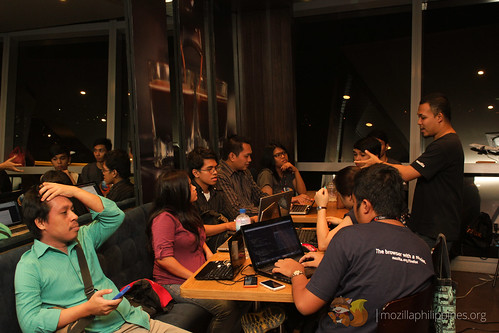 On May 25, 2013: The Mozilla Philippines Development Team held a second meeting exclusive for the Developer Community. It was an awesome event to get a chance to know more about the people who drive the local development community that builds the web forward! 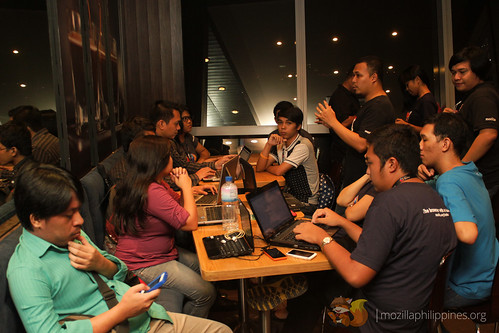 First, Mr. Joell Lapitan, the Development Team Leader fired up the session discussing about Firefox tools and an introduction for Firefox OS.

After a session of Q&A’s, i discussed hands-on how to make an “Open Web App” or a.k.a an app that runs on Firefox OS and showed them how HTML/CSS and JavaScript are the only tools they need to make that next “Killer app”

And since Firefox OS is open, they will always have a choice. They could even hack their  way on making their own app interface or use existing frameworks like jQuery Mobile or use http://buildingfirefoxos.com/ 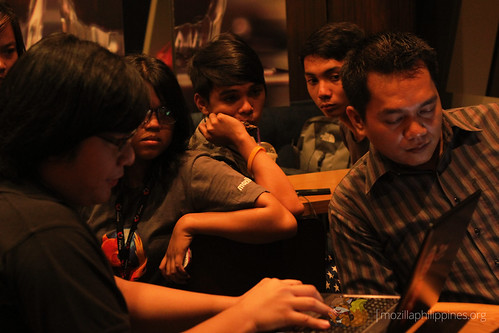 After hacking some “Hello World” app, i showed them how easy it easy to upload a “Packaged App” on the Firefox Marketplace Developer Hub. By just using Persona to log-in to the Developer Hub they could easily validate their apps and upload it to the Marketplace. Bam! Done! 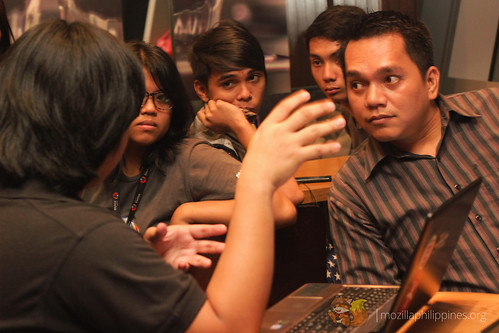 And lastly, i discussed about Monetizing on Firefox OS and explained why Firefox OS is a big deal for developers and consumers alike.

It was an awesome event for developers! And it’s only just the beginning of a series of hacking and having fun! We are looking forward for apps coming from the Philippines and we are dedicated enough to collaborate with local developers to get their APP started!

Are you a local developer from ANY platform who are interested in building apps for the open web? Are you from Luzon? Visayas? And Mindanao? Join our official Facebook Group for Firefox OS development and more! http://mozillaph.org/fbdev 🙂