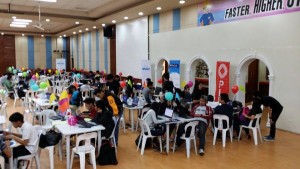 WebGeek Philippines, a meta community of Filipino Developers, Startups and dedicated to covering the tech scene in the Philippines has presented the third iteration of their annual Hackthon, The WebGeek DevCup 2015.

WebGeek DevCup gathers developers, designers and creative thinkers for a two day hackathon that aims to disrupt the technology scene in the Philippines.

Mozilla Philippines Community has been committed in helping filipino developers in making the web a place for innovation, create new opportunities and openness. 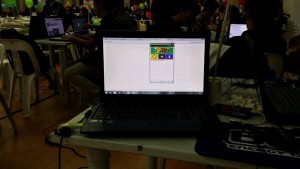 One of the contestants, who are a group of college students, has made an app named iAlert, which is now available in the Firefox Marketplace that has been built using Open Web Technologies.

The app has been ported and optimized in less than 10 minutes with the help of mentoring and has uploaded the app within 20 minutes.

I’ve brought the Firefox OS tablet and have showed it to interested participants to try it out, some of them are even excited to see how apps will be built. The tablet is the result that proves the web’s flexibility on multiple hardware devices and device screens which is powered by an open operating system which is Firefox OS.

First Place: Sheltr.me – A web app that displays residential listing together with geographical data to help you decide a place that best suits you (by Langitgit: Adrian Peterson Co, Zy Martinez and Rose Anne Concepcion)

Third Place: Unearth.js – a node module that sandboxes your application so that it will run along side unearth.js’s own CLI monitoring. (by Ghost Pro: Raven John Lagrimas, Nino Eclarin and Arisa Ochavez)

Fourth Place: Cheers – An app that use semantic analysis to help you understand if your friends are happy or sad recently based on their Facebook posts. (by Xolve Alpha: Hubert Ursua, Alyanna Diavane and John Senosa) 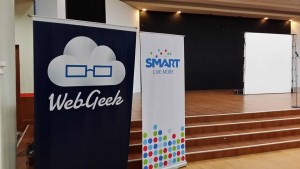 Truly, the web is an amazing platform for open innovation that keeps on growing. With the help of open technologies, the opportunities and endless and it just keeps on growing since a lot of different communities from different parts of the world are getting involved in evolving the web into a place where one can change the future.